BOOK ONE: THE FIXER 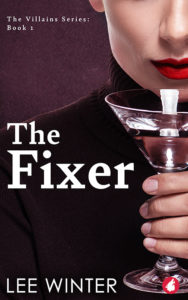 A naive activist is hired by a corporate villain but doesn’t realize it. Cue one awkward farce, a twisty puzzle, and the slowest of slow burns in this opposites-attract, ice queen romance.

Nine years ago, aloof, icy Michelle Hastings chose career over love. She’s now living with that choice as she rules a secret corporation catering to the rich and powerful.

Enter Eden Lawless. The guileless activist finds it a bit weird being employed by a mystery organization to bring down a corrupt mayor. But, hey, she’s up for a challenge. Much harder is getting her beautiful new boss out of her head. The pull between them is electric.

Book one in The Villains Series is a lesbian romance filled with intrigue, humor, and heart. It’s set in The Red Files universe but can easily be read as a standalone series. 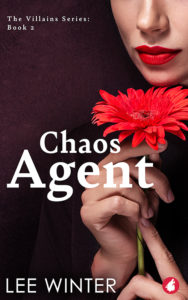 What happens when the sweetest employee learns her boss’s evil secrets? This opposites-attract ice queen romance asks: Can a villain truly be redeemed?

CEO Michelle Hastings has foolishly promoted a kind, clueless activist to her full-time staff. Now, on top of fighting her inconvenient feelings, Michelle must hide the evil they do.

Eden Lawless relishes her new job, the hot boss who gives her butterflies, and her eccentric workmates who tell weird jokes about their day. Blackmail? Hacking? Doxing? Hilarious! But what if it’s not a joke? Wouldn’t that mean Eden has to fight the beautiful boss she’s falling for?

Chaos Agent, the second and final book in The Villains Series, is a lesbian romance filled with intrigue, humor, hurt, and heart. It’s set in The Red Files universe but can easily be read as a standalone series.

Book links will  appear below as they become available.

Barnes and Noble to come

Audiobook to come, expected to be narrated by Angela Dawe.