Audiobook narrator Abby Craden on the art of making lesbian romance sizzle (Sep 2020)
My interview with Abby Craden, one of lesbian romance’s most popular narrators. She explains the differences between narrating a lesbian romance and a straight one, the accents she avoids, and whether narrating sex scenes is in fact like reading an IKEA catalog.

Narrator Angela Dawe on audiobooks, accents, lesbian fans, and naughty bits (Nov 2019)
Part one of my interview with Angela Dawe, who narrated The Brutal Truth and Breaking Character.

Part II with narrator Angela Dawe on rap, roots, consent, and why our stories matter (Dec 2019)
Angela Dawe, the hugely popular audiobook narrator of mainstream and lesbian fiction, discusses her Michigan roots, love of stories, rapping badly, philosophy, and whether she is, in fact, on the lam.

The Fantasy vs Reality of Becoming a Full-Time Author  (Nov 2019)
Two years ago this week, Lee Winter took the plunge to become a full-time author of lesbian fiction. She learnt way more than she ever bargained for.

Driving authors to drink … aka all hail editors (Oct 2019)
Game of Thrones author George R.R. Martin once called editors “a writer’s natural enemy.” He may have also claimed editors drive authors to drink and crimp their sex lives, but that’s another story. He is right, though, about the power book editors have in their pinkies. Good editors can make a book. And bad ones can ruin it.

When Fanfiction Writers Go Pro – Lesbian Novels Inspired by Fanfiction (Oct 2018)
Fanfiction has given millions of readers escapist fun as characters from their favorite shows get re-imagined by amateur writers in infinite ways. Here are some of the Ylva books that began life as a fanfic.

Is Lesbian Fiction Ageist? Where Are the Older Women in Lesbian Fiction? (Sept 2018)
Lesbians over fifty in real life are as commonplace as Cate Blanchett crushes and Miranda Priestly’s steaming-hot lattes. But within the pages of our books, where are the older women?

So Bad They’re Good ꟷ TV’s Top, Head-Messing, Female Villains (Aug 2018)
Ever want a chill to run up your bones? Study a good villain. Here are ten of the best on screen now.

Found in Translation: The Funny Side of Language Mishaps (July 2018)
Languages can be a minefield. It’s hard enough mastering one, let alone telling stories in a different tongue. Obviously translators don’t always get it right and there are so many things that can go wrong with foreign languages…or right, if you love a laugh.

Merging with Machines—How Far Would You Go? (June 2018)
We live in an age of constant flux, and our relationship with technology is rapidly changing. Machines are no longer separate entities, that we switch off and on, but a crucial part of our daily lives.

From Swan Queen to Abusive Bad Boys — OUAT’s Good, Bad, and Ugly (May 2018)
Once Upon A Time sparked a love-hate relationship for many viewers, especially among its legion of lesbian fans. Former OUAT fanfiction writer and Swan Queen lover Lee Winter gives her list of the good, the bad and the ugly memories.

Top 10 Films Where No Lesbians Die (Feb 2018)
Well, we’ve all been there. Romantic night, popcorn in hand, hot date snuggled up to you on your sofa. You’ve just hit Netflix or the DVD store for some hot new queer cinematic masterpiece you’ve heard is adored by critics. By about the seventieth minute, you really, really regret that you didn’t read the queer press reviews on this pile of noxious noir. Because, oh look, another dead lesbian, killer dyke, or psychotic gay.

The Bliss and Misses of Same-Sex Marriage in Australia (Jan 2018)
On January 9, champagne popping, cheers, and wobbly cries of “I do” will sound across Australia as same-sex marriages are finally allowed to be performed. But amid the joy and rush to the altar, there’s another side to the big day. Those who missed it.

Ja, Requiem for Immortals Goes German (Dec 2017)
The interview Lee Winter did for German lesfic lovers on how she came up with her gritty lesbian crime noir/thriller.

How It Felt When Australia Finally Said Yes to Marriage Equality (Dec 2017)
With the Australian Parliament approving same-sex marriage last week, we talked to six Ylva and Queer Pack authors, from all walks of life and all parts of Australia, to find out what this historic law means to them.

From Fanfic to Lesfic Author—8 Steps to Get You Published (Sept 2017)
It never occurred to me I could be an author. Even though I was a journalist for decades, I just assumed I wasn’t good enough to be in that mystical creative writers’ club. Then one day a fanfiction I wrote was discovered by my publisher, who liked it so much she asked me to write her a book.

White Writers, Black Characters, and Sensitivity Readers (Aug 2017)
What’s a sensitivity reader and why are authors increasingly using them? It’s the hiss I remember most. I heard it from three different friends, across three different countries, and it sounded the same in each.

Why Can’t We All Be Heroes? (July 2017)
What is a hero? These days we call everyone a hero, from a child calling 911 to a sporting star doing his multimillion-dollar job. But what are heroes? Really?

Inside the Lesfic Bubble—A Guide to Writing Sex Scenes (Jun 2017)
There’s a fine line between writing IKEA sex—about flap A being inserted into slot B—and providing so little detail amid the floating gauze that the reader’s not entirely sure if one participant hasn’t slipped out for a coffee.

Why Wonder Woman Scares Me by Lee Winter (May 2017)
With the new Wonder Woman film out this week, Lee Winter considers modern kick-butt action women … and whether our heroines are ticking all our boxes.

Ruined Panties and Orgasmic Screamers—The All-Time Biggest Peeves in Lesfic (May 2017)
In a fit of madness, I decided I wanted to know all the things, big and small, funny and not, that drive lesfic readers up the wall. So I turned to some avid readers, an unscientific poll, and social media. So what did the amused, spleen-venting readers conclude?

From Pigeon Poo to Belly Laughs—Learning You’re Funny Live on National TV (Apr 2017)
Humor is a subjective thing. So much so, that when I was a junior reporter, our cadet trainer warned us never to inject humor in stories. Not just, “Hey, maybe not till you’re older and more experienced”. Nope, like a man scarred by battles only he could see, Geoffrey growled: “NEVER TRY TO BE FUNNY!”

Armchair Tourism—Researching and Exploring the World From Home (Mar 2017)
A few years ago, I visited a legal brothel in Mound House, Nevada. Moonlite BunnyRanch, six miles east of Carson City, is sixty years old now. I can tell you everything about the BunnyRanch—where it is, what it looks like, how the white, blocky buildings are cobbled together like a bizarre, stretched-out Lego building. And yet I was never there.

A Fine Romance: What Lesfic Readers Really Want (Feb 2017)
Tooling around social media the other day, I happened upon a comment that shot my eyebrows straight up into startled little apostrophes. An ardent romance fiction reader was complaining that she hated the conflict/hardship/tension trope that hits many a love-struck pair mid-book. To her, the only good romance has to be completely conflict-free. As in: Girl meets girl, girl falls in love, The End.  But who agrees?

Of Gardens, German, and the Art of Dawdling  (Jan 2017)
My newspaper was bought out last November. After 28 years of working all over Australia for my company, I, and most of my colleagues, were laid off. Overnight, my life flipped upside-down.

Lee Winter’s Top 5 List of Unfathomable Christmas Traditions (Dec 2016)
A few of the western world’s Christmas traditions are more than a little head scratching. I can’t help but rail at all the silly things we do at this time of year that make absolutely no sense – and yet we keep right on doing them. Because tradition.

Lee Winter’s Top Five—Powerful Books About Real-Life Women (Nov 2016)
I have always loved stories of people’s lives. It doesn’t matter how different they are from mine, I am just as devoted to biographies and autobiographies of my polar opposites as much as people from my own tribe.

Once Upon a Chainsaw: Fantasy TV’s hot messy massacre (2016)
The idea that women and girls can be the centre of their own tale is heady. Especially, if they’re additionally marginalised to start with, for example, as lesbians.  The idea of flying free above it all is intoxicating. Fantasy transports and liberates us with its out-of-the-box rules, other-worldly morality, assumptions, cultures and peoples. But escape is the key thing.

Killing Time – The truth about assassins (2016)
It turns out our popular beliefs of shadowy hitmen stalking dark alleys and smoky clubs on Saturday nights are also the stuff of fiction. Studies show most hits are done in suburbia. Tuesday is the most common day. A gun is the preferred method, but a fatal beating is popular, too. Assassins are often married men and women, with other jobs, and kids.

Monsters at our table (2016)
Her helpless image is still seared into my mind from the photos the prosecution put up on displays for all to see. They wanted us to look into her eyes, to take in her frail, paper-thin skin, the liver spots and lines, and to know that this man, this man sitting right there, this man who I could feasibly touch if I just leaned across my desk, had ended her life.

Blushing between the sheets (2015)
When you write a book, any book, you are giving the world a piece of yourself with it. It’s revealing, exposing, and hard. You’re inviting everyone to sit beside your characters in their car, at their office, and to slide between the tangled sheets and stay there until the sweat dries. But if you’ve done it right, you should be proud and want to shout about your book from the rooftops.

Reign of the sassy ice queens (2015)
I have a mad passion for old newspaper movies – the black and white classics with the clatter of typewriters and pall of cigarette smoke above desks. Rapid-fire dialogue was in vogue back then – charismatic women like Rosalind Russell would strut in, all elbows and angles and wicked shoulder pads, deliver a snappy retort, and dash off again. Not a second to waste. 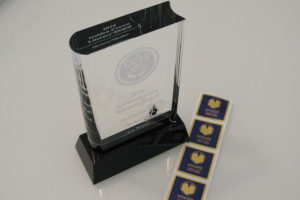 Lee’s book two, Requiem for Immortals, was a finalist at the 29th Lambdas. It won the 2017 Golden Crown Literary Award for Best Mystery/Thriller. And it won bronze in the mainstream 2017 Independent Publisher Book Awards for E-book Mystery/Thriller.

Language of Love, which Lee co-edited with Astrid Ohletz, and had a short story in, won 2019 Golden Crown Literary Award for Fiction Anthology.